Gosnells City's reward for their FFA Cup upset of Rockingham City is an away game against NPL leaders Floreat Athena.

The Men's State League Division Two side won 2-1 at SafeRad Stadium on Sunday to book a place in the WA quarter-finals.

Now they head to E&D Litis Stadium to take on Vas Vujacic's unbeaten side.

The one other non-NPL team still in Tuesday's draw were North Perth United, who take on Armadale on Wednesday with the winners away to Sorrento in the last eight.

The other two preliminary quarter-finals are all NPL affairs.

Cockburn City, who defeated Division One Mandurah City in extra-time, are at home to Perth SC.

And Bayswater City, who made light work of Balcatta on the weekend, are at home again. This time they face 2020 champions ECU Joondalup, whose firepower was on display in thrashing Division One Olympic Kingsway 8-0.

The ties will be played between Tuesday 1 June and Thursday 3 June. 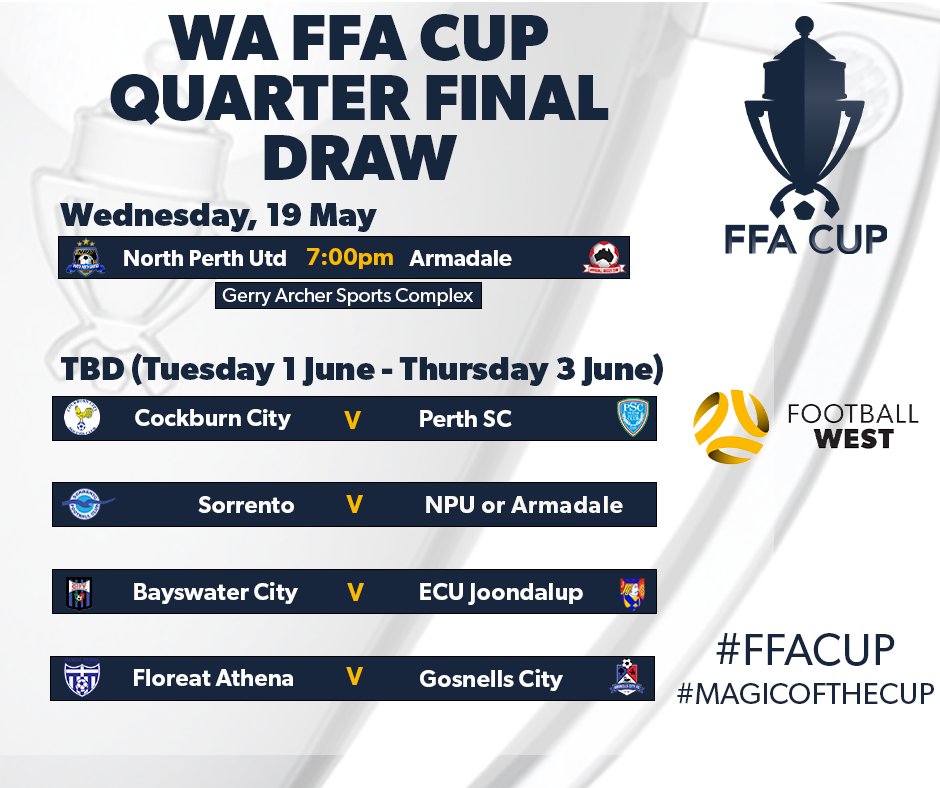